South East Direction is the direction of the fire element. Hence, it is considered to be the provider of zest and zeal which enables humans to prosper financially, health-wise and also to maintain and grow their personal relationships. Any Vastu defects in this direction would lead to major grievances like financial losses, marital disharmony and health issues as well. The south-east being ruled by the Fire element, it is best to make a kitchen in this direction.

Vastu defects that can take place in the south-east direction:

A wrongly made south-east can lead to major fire accidents and health related issues like heart diseases, depression and even suicidal tendencies

Personal money as well as financial losses are quite possible when the south east direction of the house is not Vastu compliant and is at fault
Various social issues can even arise due to a faulty south-east like misunderstanding between couples leading to a divorce, constant quarrels among family members, legal hassles, extra marital affairs, police cases and so on
Remedies:

If the toilet happens to be in the south-east, it is best to place a Vastu pyramid on the south or east walls outside the toilet. Also, the toilet door should be kept closed at all times and one should avoid using this toilet or bathroom as far as possible.

If there happens to be a bedroom in the south-east, it is advised that the bed should be moved to the south-west corner of the room, keeping it a little away from the corners and the walls. Make sure to sleep with your head towards the south and the feet facing the north direction while sleeping, however, it would be best to shift the bedroom from this direction.

If there happens to be a cut in the south-east direction, one should place four Vastu pyramids on each wall of the home for every direction viz north, south, east and west.

Dr. Puneet Chawla is a Life Guru, guiding and mentoring the followers to solve their life problems and make a easy living. He corrects the reasons of troublesome life by way of Vastu, Mantra and Tantra Mandalas. Being an intuitive personality he senses the negative energies, the reasons of problems and rarely predicts the life decisions too. He is a Shiv and Shakti Sadhak and guides people through Shivpath.

If the main entrance of the house is from the south-east, it is best to place three Vastu pyramids, one each on either side and one at the top centre of the door. Placing Om Swastik and Trishul on both the sides of the door would also do the needful. 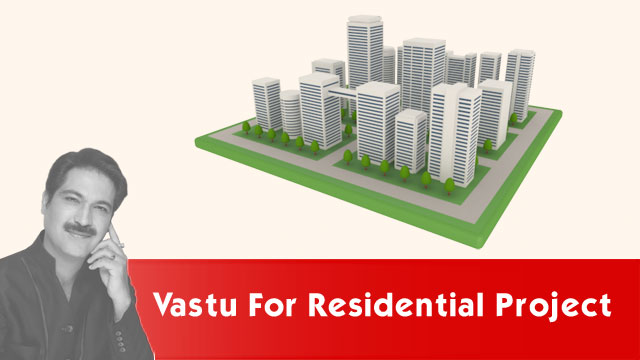